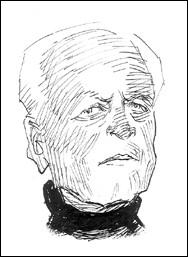 Rodney Nelson’s work began appearing in mainstream journals long ago; but he turned to fiction and did not write a poem for twenty-two years, restarting in the 2000s. So he is both older and “new.” See his page in the Poets & Writers directory for a notion of the publishing history. He has worked as a copy editor in the Southwest and now lives in the northern Great Plains. Recently, his poem “One Winter” won a Poetry Kit Award for 2011 (U.K.); it had appeared in Symmetry Pebbles. His “Upstream in Idaho” received a Best of Issue Award at the late Neon Beam (also England). The chapbook Metacowboy was published in 2011, and another title, In Wait, came out in 2012. His chapbook Winter in Fargo took second place in the 2013 Cathlamet Prize competition at Ravenna Press, Spokane.

Veteran American poet Rodney Nelson finds the work of the late Japanese novelist and Nobel laureate Yasunari Kawabata to be an inspiration. He often uses Kawabata’s name in a poem title “as a tone setter.” There are several such instances in his new collection, Kawabata’s Lake. The book exemplifies Nelson’s interpretation of being in the natural world, sometimes obsessive, more often Zen-like. He is the author of several previous collections, among them The Western Wide, Minded Places, and Invictus.

An old western-dialect slinging wrangler turns out to be a therapist. The grandson of a Kiowa chief? He is a psychobabbling shrink. Professors on a working-and-drinking retreat mix cowboy lingo with Derrida’s and a little Jung. And the residents of Cowboy Village go on doing what they must to get from one day to the next. Poet Rodney Nelson’s rollicking foray onto the stage is a comedy of missed communication in which the characters are defined by how they talk.

Invictus: poems of late and earlier is a major collection by a poet whom age has not defeated. On the contrary, Rodney Nelson has been writing more than ever in his own inimitable manner, which allows for as much silence on the printed page as he finds in grove and field, on mountain and shore, his lifelong haunts. Invictus begins with recent poems, and the 2012 section is an account of loss and grief. The 2010 part recollects his time on the West Coast; in 2008 are variations on a light “metacowboy” theme. “Poetry should avoid the style and content of expository prose,” Nelson asserts. His own does. There is music in it.

Rodney Nelson says, “Most of my poems arrive out of doors”; and most of them have to do with the greater American West, in which he includes his native Great Plains. As a hard-working poet in a “late flowering,” he has written a lot of poems in a short time, among them the collections Cross Point Road, The Western Wide, and Time Tacit. His new book, Minded Places, takes the reader to many different landscapes, from the high deserts of northern Arizona to the Dakota scrublands to the beaches of the Pacific. As before, Nelson’s means are spare, but there is music in his lines.

Rodney Nelson’s unanticipated “late flowering” of poetry continues with Time Tacit. The components of his range remain unchanged in their changing: prairie, grove, woods, river, desert, canyon, mountain. But now there is a deeper sense of how they will be once people are gone and a more felt honoring of the moment the poet has been granted among them. Nelson thinks that Man arose to stem the overluxuriating of the planet. “You the Burner” is meant for whoever “know the geese/ are not other/ who have a gander/ within you and even so are meant/ and here to put all this to fire.” Yet despair does not come up. 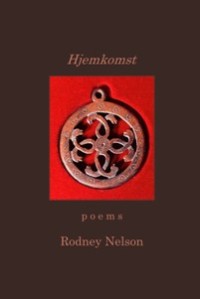 “The landscape seems to transform into combinations of language and time. Mystery and epiphany are brought together in bright bursts, concise and sharp enough to leave afterimages. Nelson’s language is bold and innovative, upending phrases and staggering narrative in innovative ways.” –ThrewLine Books

“Most often, my poetry tries to take the reader out to prairie and desert and mountain—“the sticks”—but on occasion it can wither into something that only a stickman might have written. Find evidence of this in the wry, dry sticks of Billy Boy. I attempted to bind them all together with a string of “action” poems. It didn’t work, but the pile of remains may be worth a laugh. Here’s one: While Billy Boy was going on, a health lapse turned once-mesomorphic me into a stickman.” –Rodney Nelson

once and future nondemocracy for the drunk and ambiguous

home to a lifelong scouting program

Cross Point Road is Nelson’s first major collection. “It would not do to try to put content or theme before art,” he claims; however, readers will note the prevalence of western American landscape behind and within his lines, especially that of his native northern Great Plains. Cross Point Road is in part Nelson’s tribute to the world he has found outside the windshield.

“The Quiet of Now” 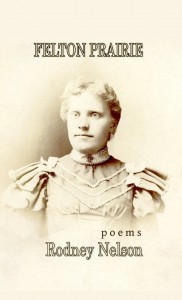 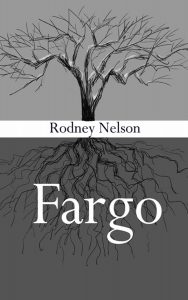 In Rodney Nelson’s hometown on the Red River prairie of eastern North Dakota, summer is an aberration, a momentary fever; winter is normal. So the poetry in Fargo is of the cold. There is a companion chapbook, Winter in Fargo, which took second place in the 2013 Cathlamet Prize competition and is due this year at Ravenna Press.

Rodney Nelson’s Red River prairie is a seabed, and in flood time the brown waters seem to reach out toward the old shores. Of late, he says, “a spring emergency has become routine. Forecasted river levels keep changing. Temporary dikes go up. Everyone is prepared to join in; and at one point the governor makes a public call on Washington for emergency assistance. The so-called flood flight has become ritual and a dark source of pride.” Some of the poems in Sighting the Flood touch on this annual crisis and the prairie minds that have to undergo it.

The poems of Bog Light start with late summer, its heat and overgrowth, moving on through fall and into the severe religiosity of northern winter. On occasion Nelson takes the name of a holiday or saint’s day, for example, in “Saint Scholastica’s,” as title. “There is counterpoint here,” he says. “Title and poem are not at one, and I don’t try to make them seem so. It’s enough to leave human reality where it is—and nature’s—and only watch and listen. They join somewhere.”