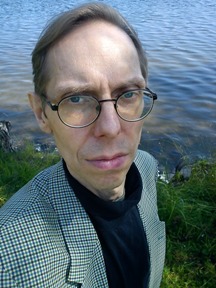 LENNART SVENSSON (1965-) is a Swede both writing in Swedish and English. In the latter language, he has for instance published the novels Burning Magnesium (2018) and Redeeming Lucifer (2017), and the essays Actionism (2017), Borderline (2015) and Science Fiction Seen from the Right (2016).

Lennart Svensson contributed several poems to the 2019 Red Salon anthology, We’ve Seen the Same Horizon, available at Amazon, along with many other titles by Svensson.